In 1987, Ross Parker, who is originally from Zimbabwe, Africa, and his wife, Kirsten, opened their first gallery in Boca Raton with spectacular works of art featuring many of southern Africa’s most talented painters and sculptors.

Working as an agent for many of his artists, Ross Parker soon became one of the most sought after artist agents in the country. Under his guidance, several of his artists have achieved international fame with Sotheby’s and Christie’s auction houses and their works have been acquired by some of the world’s most prestigious museums.

Consequently, it didn’t take long before the gallery was attracting rave reviews from collectors across the globe and local press alike. As the owners and artists became increasingly involved with conservation campaigns, the focus shifted from what was solely African art to environmentally themed artwork by artists from southern Africa as well as around the world.

In 1990 we relocated from Boca Raton to beautiful Las Olas Boulevard in downtown Fort Lauderdale. In 2015 we relocated this gallery further north and we are now adjacent to The Cooper restaurant at The Commons in Palm Beach Gardens. 1995 saw the opening of a second location in Key West which was later relocated to prestigious 5th Avenue in Naples, Florida in 1999. 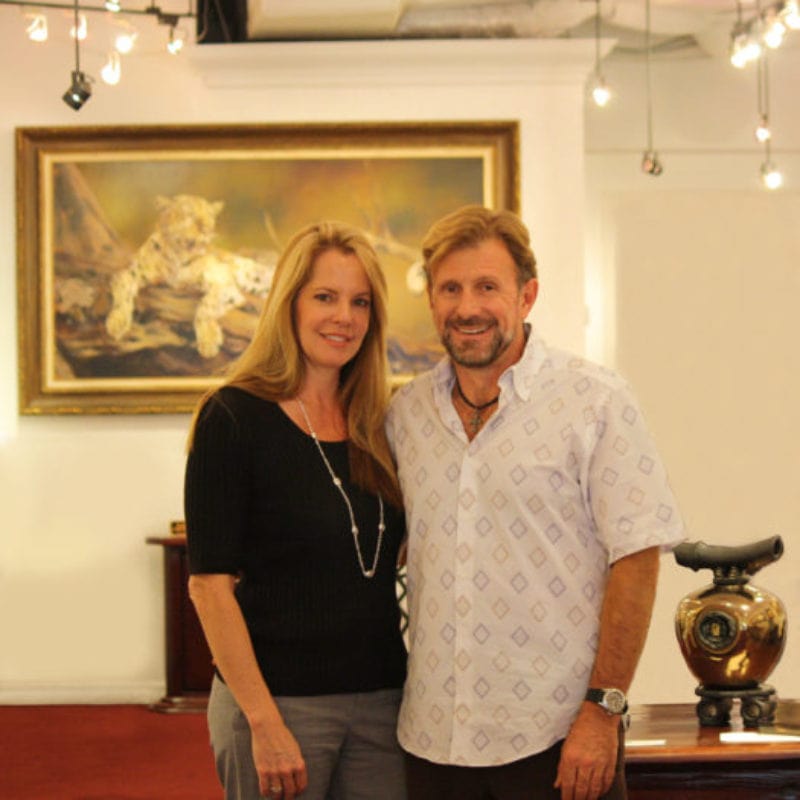 The company expanded further into the art market in 1994 with the founding of Environmental Art Awareness Group, Inc. a fine art publishing company. One of the innovators in printing wildlife art on canvas, this company has successfully published high quality, limited edition giclees and canvas transfers by some of the world’s most celebrated wildlife artists.

Ross Parker’s keen eye for unique and sophisticated art has propelled Call Of Africa’s Native Visions Galleries into one of the world’s leading environmental art galleries. People from all over the world continually tell us that Native Visions is among the most beautiful art galleries they have ever visited. We hope you will visit and see for yourself.